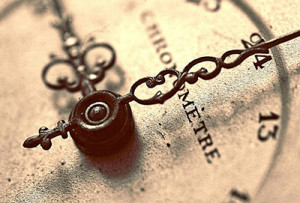 The inspiration that established the Seniors Association of Vaughan Initiatives, (SAVI), originated from members of the community whose interest it was to ensure better service provisions for the senior residents of the City of Vaughan.  Formally instituted in 2003, the founding board approved their mandate of advocacy and collaboration, adopted their theme of “Venturing Together” and established their strategy for positive change.

In 2013, SAVI will celebrate its tenth anniversary, a decade of service. Within this very short but rich history, SAVI has accomplished much. For seniors in need, annual education  and  information   workshops  were held, an annual  property tax rebate program was secured for seniors  province wide,  many of the facilities  where  local seniors clubs  met were renovated and upgraded, numerous   joint programs and trips to places of interest were organized,  cultural and holiday concerts were executed annually, the  Seniorsfest was expanded to accommodate up to 1,400  senior  participants annually  and  the grandparent month intergenerational celebrations were extended throughout the month of September.

To date, a total of fourteen clubs with a membership of over 3,750 have joined this umbrella organization.  Together they have made significant contributions not only to their own lives but to those less fortunate.  A total 230 bins of food and $8,000 have been collected and donated to the Vaughan Food bank, $10,000 has been collected and donated to the Vaughan Hospital and another $3,000 has been donated to other worthy causes in the City of Vaughan.

Wellbeing, Dignity and Respect are the principles and underpinnings that SAVI is built on. Its advocacy and more importantly, its actions are guided by this set of beliefs and values.